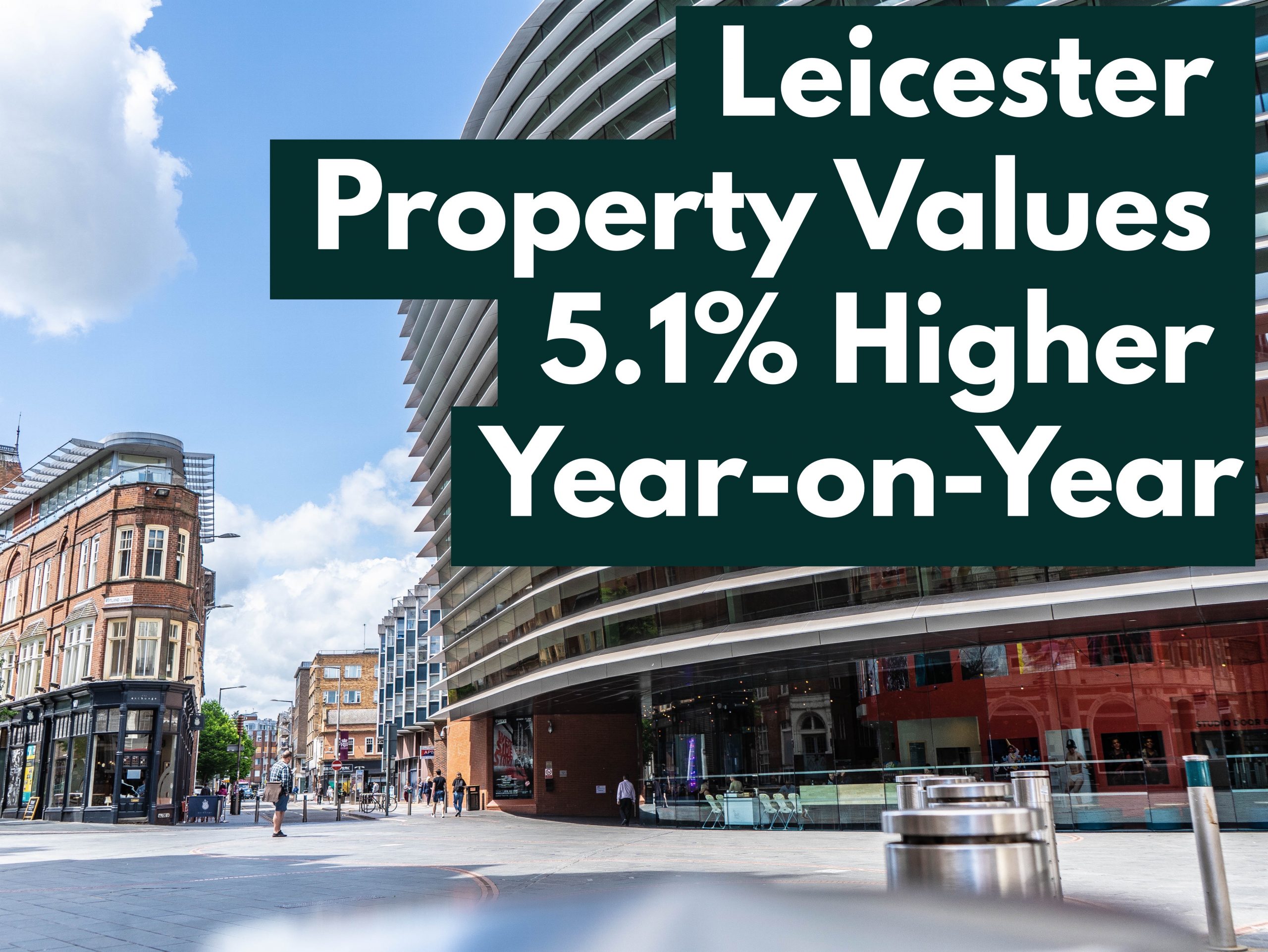 It seems that quite a few Leicester homeowners and Leicester landlords have become acclimatised to living with the uncertainty of Brexit throughout most of 2019, as figures show many of them decided to get on with living life, started reinvesting their money into Leicester property and buying and selling their Leicester homes and BTL investments. Land Registry stats confirm that. Current data shows that…

Leicester property values are 5.1% higher than 12 months ago

Whilst the newspapers were stating prime central London property values were now 17% below the levels being achieved a couple of years, that message seems not to have been heard by certain sectors of the Leicester property market!

Speaking with other property professionals in Leicester, many weren’t expecting the usual autumn rebound after the summer holidays. Many were anticipating a dormant Leicester property market on the run up to Christmas believing many Leicester home-movers would put off the their home moving activities until the new year, yet in many sectors of the local property market, I have seen (and the stats back this up) that those Leicester property buyers who are able to hold their nerve (whereas others were hesitant) have found themselves in a better negotiating position to get a great property deal. Putting aside the fluff of newspaper headlines, the real foundations of Leicester housing market remain sound with record low unemployment, ultra-low interest rates and low inflation.

Interestingly, there are 1% less homes for sale in Leicester compared to two years ago

However, there are still parts of the Leicester property market that remain stagnant, with some homeowners being slightly unrealistic with their marketing pricing. To them, the property market appears to be slow, as they stare at their ‘for sale’ board for months on end, yet nothing could be further from the truth.

The key to a balanced (and healthy) property market is realistic pricing by the homeowners when they place the property on the market, mortgage affordability for buyers (which was discussed a couple of weeks ago in the Leicester Property Blog) and buy to let landlord activity which creates and maintains forward momentum. One measure of momentum is how long a property remains on the market, and interestingly…

The current average length of time a Leicester property remains on the market is 80 days, up slightly from 72 days two years ago

So, what does all this mean for Leicester homeowners and Leicester landlords?

We have always had issues that were game changers for the housing market; for the last few years it’s been Brexit, 10 years ago the credit crunch, 18 years ago the dot com crash, the ERM and 15% interest rates issue 27 years ago, dual MIRAS 32 years ago, hyper-inflation 40 years ago, the 3 day week 45 years ago – the list goes on. Everyone needs a home to live in, the local authority just has not got the money to build council houses, so buy to let will continue to grow for the foreseeable future which in turn creates a stable foundation for all homeowners. Maybe you should use this time, like many are in Leicester to take advantage of the property deals to be had in Leicester.

The money to buy a new iPhone11 represents just over a sixth of a Leicester first-time buyers mortgage deposit
Leicester Buy to Let – Past, Present and Future