What Will Happen to the Leicester Property Market in 2023?

So on the back of that, what is the expectation for the British (and Leicester) housing market as we go into the new year?

The biggest issue is inflation. Low steady inflation of around 2% a year is good for the economy, yet the high levels we are experiencing now isn’t. It affects the spending power of the pound in your pocket, and it alters the way people spend their money (including buying and selling property).

So where has this inflation come from?

Many blame it on inflated gas prices because of the Ukraine issue (however, it is believed by most economists only around 4% of the current 10.7% inflation figure is because of the fuel crisis).

UK inflation was already running at 6.2% when the Russian tanks rolled into Ukraine in February 2022 which created that energy price shock. Therefore, where has the rest of the inflation come from?

The catalyst of inflation started in 2020 with the Bank of England’s Quantitative Easing (QE). This pumped £450m new money into the economy at a time when the future looked bleak. The problem was, people had nothing to spend that money on, so when things started to get going after the lockdowns, there was a mis-match of too much demand for goods (as people had that money) and a lack of goods and services (because there wasn’t enough supply of those goods and services with the supply chain issues).

This all meant prices went up (i.e., inflation). The catalyst of this inflation was the Bank of England printed too much money in 2020 with QE and the supply chain issues (all easy to say with hindsight!).

Too much inflation is bad for the economy and therefore, ultimately the property market.

One is a recession and the other is increased interest rates.

Many find it fascinating that the Bank of England were talking the UK economy into a shallow recession in the autumn. Yet there was method in their madness. It was because they didn’t want to rely solely on the second method of increasing interest rates.

Better for the economy to have a shallow mild recession and interest rates rising to say 4.5% by the middle of 2023 to reduce inflation, than placing the whole job of reducing inflation on interest rates.

If that had been the case, interest rates would need to rise to say 7% (or more), causing the economy (and property market) to stall … and thus create a subsequent deep and long recession.

Therefore, with the Bank of England having recently increased its base rate to 3.5%, with more interest rate rises to come in 2023, what does this and the mild recession mean for the Leicester property market?

A recession will increase unemployment levels, which have been comparatively low in the last few years. Depending on the type of roles/jobs that are made redundant, will determine the effect on the property market. Until that happens, we won’t know.

Everyone is suffering from higher gas, electric, shopping bills, yet with interest rates rising, this will increase the pressure on household budgets. Higher interest rates mean higher mortgage payments if the homeowner/landlord is on a variable rate mortgage (17 out of 20 homeowners with a mortgage are on a fixed rate).

It’s these two factors of recession and interest rates that will place negative pressure on Leicester house prices.

Yet let us not forget this pressure is coming off the back of two of the strongest years on record in terms of house prices and transaction levels.

Leicester house prices have experienced 27.3% price growth
since the pandemic started in March 2020.

Before I tackle the issue of house prices in 2023, I would like to look at the number of transactions.

To many the number of properties selling is irrelevant, yet I believe it is as important, if not more important, than house prices. I believe the best way to judge the health of the Leicester property market is the number of people moving home (i.e. housing transactions).

You could ask yourself why Leicester people should be more concerned about the number of property transactions and not the change in Leicester property values.

Transactions levels have been quite high in the last couple of years.

5,125 households per year have moved home in Leicester since lockdown, compared to the long-term 27-year average of 4,544 per year.

Looking at the stats coming through in the last couple of months, maybe we will settle for a figure somewhere between the two figures above, yet nowhere near the sub-3,600 annual figure of homeowners moving in the Credit Crunch years in the 2008/9/10 time.

A good place to start to judge house prices is how many reductions are taking place on the properties that are already on the market.

In the last 3 years, the average number of price reductions for the properties for sale in the Leicester has been 259.4 reductions per month.

In October there were 526 price reductions and in November 563 reductions.

Homeowners are being more realistic with their pricing and the price that one will achieve for their Leicester home today and the rest of 2023 will be lower than one would have achieved in the spring of 2022.

Yet, as most Leicester people buy another property when they sell (and most of the time move up market) the price you would have had to pay on the next purchase would have been even more.

Yes, the price of Leicester property will be lower in 2023 by between 5% to 10%, yet these are only levels that were being achieved in the spring of 2022 – and nobody was complaining about those!

Several economic commentators are preaching doom and gloom for the property market in 2023, yet things are very different than the Credit Crunch years of 2008/9.

The property market crashed in 2008/9 mainly because the banks and building societies stopped lending money i.e., credit (that is why it was called the Credit Crunch).

There are two large differences this time round.

The first is the introduction of Mortgage Market Review mortgage stress testing instigated in 2014.

Homebuyers taking out a mortgage must have undergone a stress test on interest rates to obtain a mortgage since 2014. These stress tests are a safeguard to ensure that if their household income continued to be the same, the homeowner could afford higher mortgage rates.

The second is the banks and building societies have much higher cash reserves. Higher reserves will ensure they can continue to lend money and so more mortgages are available, although at a slightly higher interest rate than a year ago.

With mortgage rates falling back, with some very attractive fixed-rate deals knocking on the door of 5%, this is a development that may continue into 2023 as banks and building societies obtain cheaper funding sources and then compete for business by driving down the price of mortgages – which would only be good news for the Leicester property market. 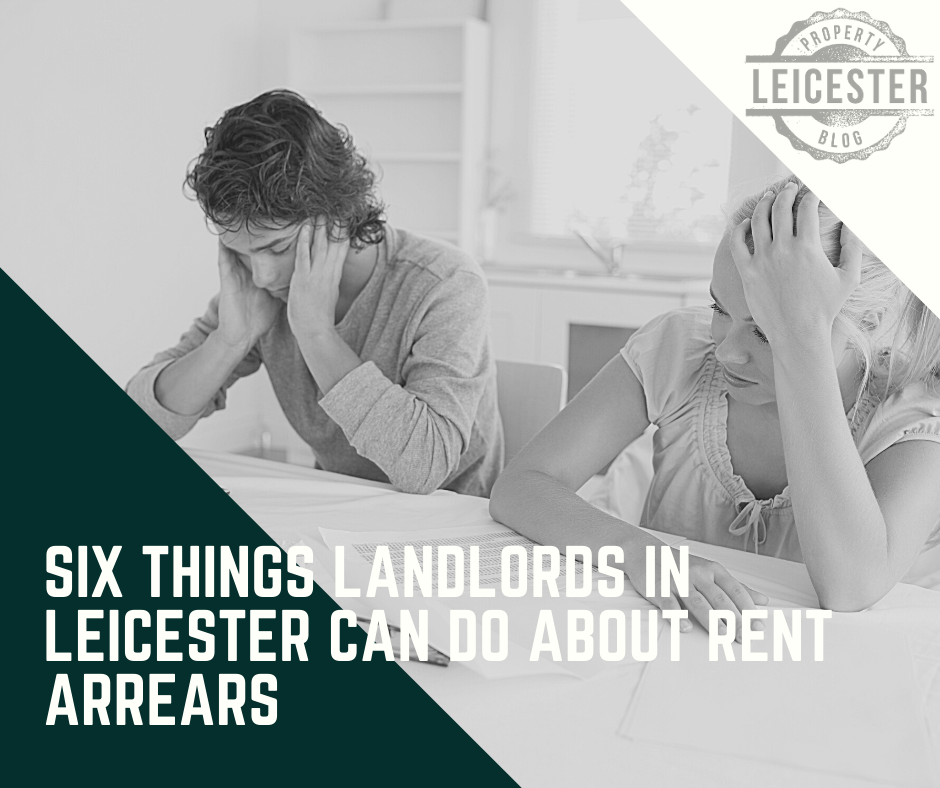 Six things landlords in Leicester can do about rent arrears