What Will Happen to Leicester House Prices in 2022?

Traditionally, if you had not sold your Leicester home by the first week in November, you would normally have to wait for the house sellers to return in the famous Boxing Day rush on the portals (Rightmove, Zoopla etc) to get potential buyers interested.

Yet matters have been different this year as the various lockdowns have caused a surge in house buying right up until when the Christmas edition of the Radio Times goes on sale.

So, the question is, how will 2022 look regarding the Leicester property market?

The last couple of years in the Leicester property market have been different in many ways. So much so, many Leicester homeowners are presently deliberating whether they should put their Leicester home on the market in January or wait until later in the summer.

Speaking to many Leicester buyers and sellers, (and in fact Leicester buy-to-let landlords) in the last couple of weeks in the run-up to Christmas, many were asking the very same question.

What is going to happen to Leicester house prices in 2022?

Some people asking this question are Leicester buyers troubling themselves that they are about to buy their Leicester home just before a potential property crash, yet others are Leicester homeowners wanting to know where the top of the market is before they sell. Even a handful of Leicester landlords unable to either start buying or start selling some of their rental portfolio.

Therefore, let’s see what has happened in 2021 to make a better judgement of what should happen in 2022.

Nobody has a crystal ball that can tell what 2022 holds, however most property experts are not forecasting doom and gloom for the British property market.

Whilst the final numbers won’t be known until Easter 2022, it is estimated that in 2021 one in fifteen privately owned homes in the UK are expected to have changed hands, being the busiest year in the last 14 years. Locally,

4,086 properties have changed hands
in the last year in Leicester

Although that is only up to October 2021, so numbers will be much higher once all the final counts are in by March/April.

The pandemic made many Leicester families re-evaluate what they wanted from their Leicester home, with many wanting bigger rooms (and more of them). Many in the press dubbed this ‘the race for space’, meaning the property market was flooded with home buyers, most bringing forward the home move they had planned between now and 2025.

The issue was, there weren’t enough Leicester properties on the market to satisfy every Leicester buyer, meaning Leicester house prices have unsurprisingly been driven up.

Although it is still premature to say what will happen in 2022, most property commentators seem assured that we are not heading towards a house price crash, mainly due to one reason.

There aren’t enough properties on the market in Leicester. Simply supply and demands economics!

The property crash in 2008 was caused by everyone dumping their property on the market.

In 2007, mortgage interest rates were 6.5% to 7.5%, so when the economy started to falter, everyone looked to sell their homes to reduce their outgoings as unemployment rose by over 60% in just a couple of years. This time round most people have mortgage rates of around 2% to 2.5% and unemployment is dropping, meaning they don’t need to sell their Leicester home.

Now of course the stamp duty holiday came to an end months ago, and Bank of England base interest rates are expected to rise moderately in the coming year, yet not to the level they were in 2007 (5.75%).

Nonetheless, demand for Leicester homes will still be there. I have even read some reports suggesting that more than 20% of British households are seriously thinking of moving between now and the summer of 2023, and this will support Leicester house prices whilst demand continues to exceed supply.

Another reason why I believe that will be the case is the return to home working. If, as a country, we will need to work from home each winter for the foreseeable future because of new variants, then this will cement the need for people wanting to move home for remote working.

It might be that Leicester buyers are looking for a dedicated office at home or that they feel they now no longer need to be in large built-up areas that are near to their work.

What about the Leicester rental market?

Rents tend to grow in line with tenants’ wages. So, with many people getting decent pay rises and not enough properties being built, many economists are suggesting rents will be 14% to 19% higher by 2027. Even with the house price growth, the numbers for rental investments still look rosy.

Is it the right time to buy your first property in Leicester?

This rise in Leicester house prices has had many people asking whether 2022 is the right time to buy their first home? Should they buy now before Leicester prices rocket even further or delay in the hope that house prices come back down?

As with any important decision in life, this will mainly depend on your own personal life and your motives for wanting to move.

If the Leicester home that you want to buy is on the market, available and you can afford the mortgage, then delaying could be detrimental. It’s like holding off for the ‘next generation TV’, it then coming out; then just as you are about to buy the TV, the next ‘next generation TV’ gets announced for six months’ time … and the cycle is constantly in motion – so you end up never buying a TV … just like you will never buy your own home!

Buying property is a long-term game

Sometimes you just have to make your decision, get something bought and start the journey of the next 25 to 35 years of living in your family home whilst paying off your mortgage.

The present low interest rates for first-time buyers means that there are some very low mortgage deals available for those with a decent deposit, making it a good time to buy a Leicester property, especially if you fix the interest rate.

If your deposit is humbler, the Government’s 5% deposit mortgage guarantee scheme will still enable you to buy a property, albeit at a slightly higher interest rate.

Looking at the bigger picture, these are only my opinions. If inflation doesn’t get too out of hand and interest rates don’t go above 2% to 3%, it looks like Leicester house prices will, for 2022 and a few years beyond, continue upwards albeit with a slower trajectory than 2020/21 and probably with a few short, sharp up and down spikes on the way.

The bottom line is, ensure that any Leicester house move that you intend to make is something that you can afford, allow for future rises in interest rates and make plans for as many eventualities as possible. Do that, and you should be just fine.

These are my opinions – what are yours? 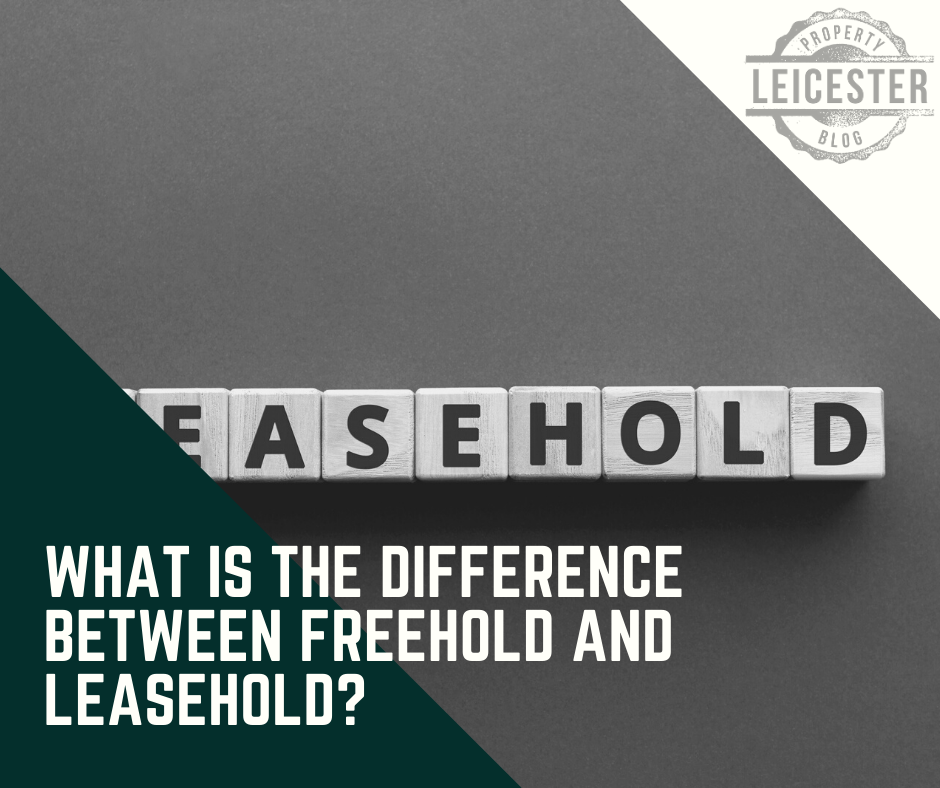 What is the Difference Between Freehold and Leasehold?