Boris Johnson has attracted both praise and horror in equal measure with a new plan for 95% mortgages to help beleaguered first time buyers to get on the property ladder, but would that expose UK taxpayers to too much risk? In this article I discuss the implications of what that would mean both nationally and locally in Leicester.

With the Leicester property market taking off due to the stamp duty holiday introduced in the summer, Boris Johnson announced at the recent Tory Conference a plan to offer first time buyers long-term low interest rate 95% mortgages (meaning they would only need to raise a 5% deposit). Yet when someone borrows more than 75%, the banks normally take out insurance in case the buyer defaults and the bank lose money if the property gets repossessed.

Mortgage companies have avoided riskier high percentage first time buyer mortgages since the start of the Coronavirus predicament. At the end of February 2020, there were just under 400 95% loan-to-value mortgage products accessible for first time buyers, yet today that figure stands at just 26.

Another reason for removing the number of 95% mortgages was that the demand for lower percentage loans exploded after lockdown was lifted, and with many mortgage staff still working from home, the banks and building societies focused their attention on getting those (less risky) mortgages sorted first. Therefore, they removed the higher percentage loans from their books, so they weren’t swamped with too much work … so, one must ask, should the Government take on the risk from mortgage providers in the form of a guarantee from the Government — sparking concern among economists the Government is already burdened with debt – does it need anymore?

Yet taxpayers have been funding a similar scheme for years. The Help to Buy scheme, which allows first time buyers to buy a home with a 5% deposit (and the Government guaranteeing between 20% to 40% of the loan) has been in operation since 2013. Taxpayers are already guaranteeing £16.049bn of loans for 224,133 first time buyers, and when we look closer to home locally, since 2013 …

768 first time buyers in Leicester have used the Help to Buy scheme to help buy their home, relying on the Government to guarantee them on average £44,357

That means in Leicester alone, £34,066,176 is at risk if those Leicester homeowners’ default on those pre-existing Help to Buy Loans … yet the default rate is quite low.

So, should the Prime Minister be playing with the housing market? Ought he instead allow open market forces to be applied to the property market, allowing it to find its own normal and leave the mortgage providers to decide on mortgages based on risk, because all the Prime Minister will potentially achieve is a synthetic rise in property values?

Some in fact have argued it would be better to spend that
public money on delivering affordable rental properties?

However, isn’t it better in the long run for the country as a whole that British people own their home rather than rent because the Government will have rent to pay for those tenants when they retire if they are on the basic (low) state pension?

Personally, I don’t disagree with the initiative, yet all I am querying is, what are the Leicester first time buyers going to be able to buy? The Leicester property market is already quite drawn-out, as ultra-low interest rates have augmented the gap between the first home and the second home, the second home to the third and so on and so forth, so is this initiative fashioning a massive demand that will inflate property prices up the Leicester property ladder still further and ultimately lead to even more frustration down the line?

However, could this be the very thing that saves
the Leicester property market in 2021?

In fact, the Government are hoping the property market will help power us out of recession. The early signs are good as the Leicester housing market has exploded as a result of the stamp duty holiday introduced in the summer. It certainly needs to as the country’s GDP only grew by 2.1% in August, down from 6.4% in July, 9.1% in June and 2.7% in May.

As a country, our GDP is still 9.2% below the levels seen pre-Covid. With the property market doing well, the country remains on course to leave recession in Q3, yet with the impending triple peril of rising unemployment (after furlough), further lockdown restrictions and a messy end to the Brexit transition period does this mean we are potentially in for an interesting ride?

Only time will tell if ‘Generation Buy’ will help save the property market, the economy and ultimately Boris? In the meantime, I think it will be a safe bet that people still need homes to live in … and irrespective of what happens to the property market, with that simple fact, the winners in all of this will be Leicester buy to let landlords.

Tell me your thoughts on this …

The Biggest Mistake a Landlord in Leicester Can MakePrevious Article 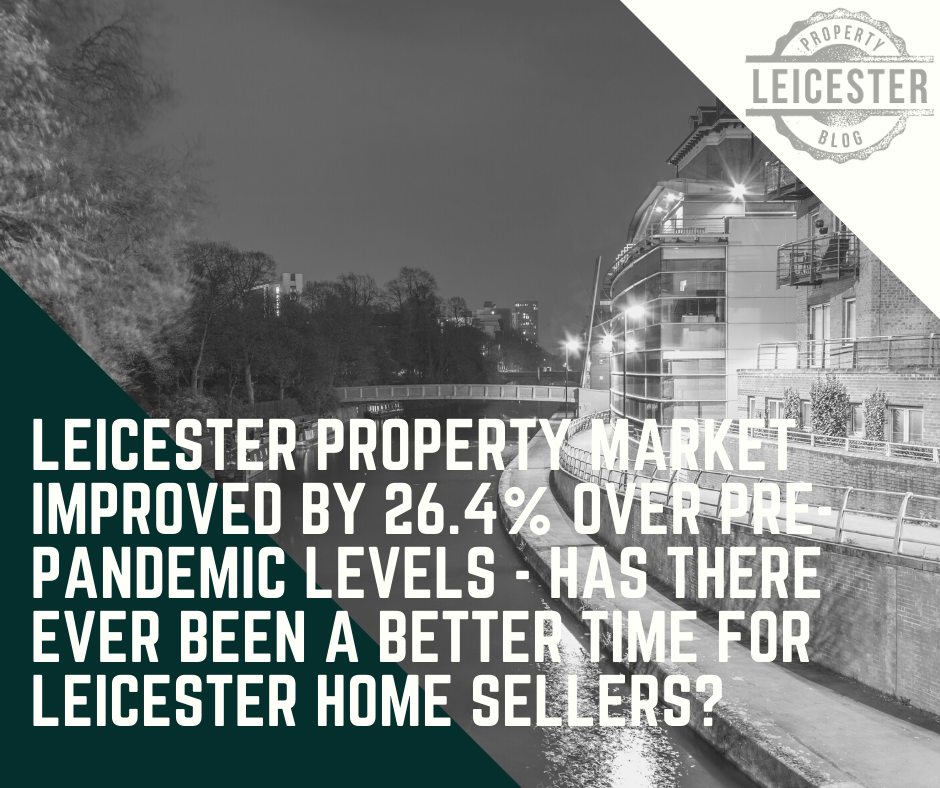 Leicester Property Market Improved by 26.4% Over Pre-Pandemic Levels – Has there ever been a better time for Leicester home sellers? –