Leicester House Prices Ought to be Falling – these are the reasons they are not.

Looking at the newspapers with their doom and gloom headlines, you would think that the Leicester property market (and the British property market) would be on its knees.

Yet ring some Leicester estate agents for a viewing or free valuation, and if you can get an appointment within a week to ten days, you are doing well!

So why is the Leicester property market defying all expectations?

It is because there is an absolute shortage of properties to buy on the books of Leicester estate agents, meaning Leicester house prices are being kept buoyant (as demand exceeds supply).

Today, there are 1,765 properties available to buy in Leicester. Roll the clock back to October 2007, the month before the last house price crash, and it was 6,302.

That’s 72% fewer properties to buy today in Leicester than the month before the property crash.

Notwithstanding suggestions that the Bank of England’s higher interest rates would peter out British house price growth, the continued limited supply of properties coming onto the market has helped Leicester house prices climb.

Leicester house prices are 10.1% higher today than a year ago.

Nevertheless, there is evidence that the insane demand for property has started to ease, and supply is increasing, which means that the direction of the Leicester housing market will begin to change in the coming months.

This can be seen in several ways.

Also, the number of UK house sales falling through (i.e., when the sale is agreed yet the sale falls through before the legal paperwork is completed) is starting to creep upwards from an average of 5,558 properties a week in the spring of 2022 to 6,854 per week in July and August 2022.

Leicester house prices have risen over recent times; the latest figures are based on what was selling in the late winter/early spring of this year and subsequently completing the sale in the early summer.

The prices obtained by the estate agents on properties achieving a sale in Leicester today (i.e., in the autumn of 2022) are slightly lower than what was obtained nine months ago. This means the house statistics published in early spring 2023 will slightly reduce. Nothing to worry about – I want to give you a heads up and not to be concerned. The simple fact is…

We are returning to a more normal Leicester housing market this Autumn, compared to the crazy last 30 months since the end of lockdown one.

With UK inflation standing at 9.9%, this brings an interesting scenario for Leicester property values.

The Bank of England base rate currently stands at 2.25%, yet forecasts suggest it could end the year between 2.75% and 3%. Yet let us not forget the long-term average over the last 50 years has been between 7.1% and 7.2%, and many mature Leicester homeowners will remember Bank of England Base Rates of 17% in 1979, so these sorts of increases are still off a low base.

During these autumn months though, the lack of properties on the market and available to buy still support Leicester house prices. The newspapers compete for attention and use clickbait titles to generate more interest in the publications.

The simple fact is that unless something seismically happens in the world to change things materially, the Leicester and British property markets will continue to harden slowly and will face some different challenges compared to the last 30 months, but fundamentally Leicester house prices will remain broadly neutral over the next 12 to 18 months. 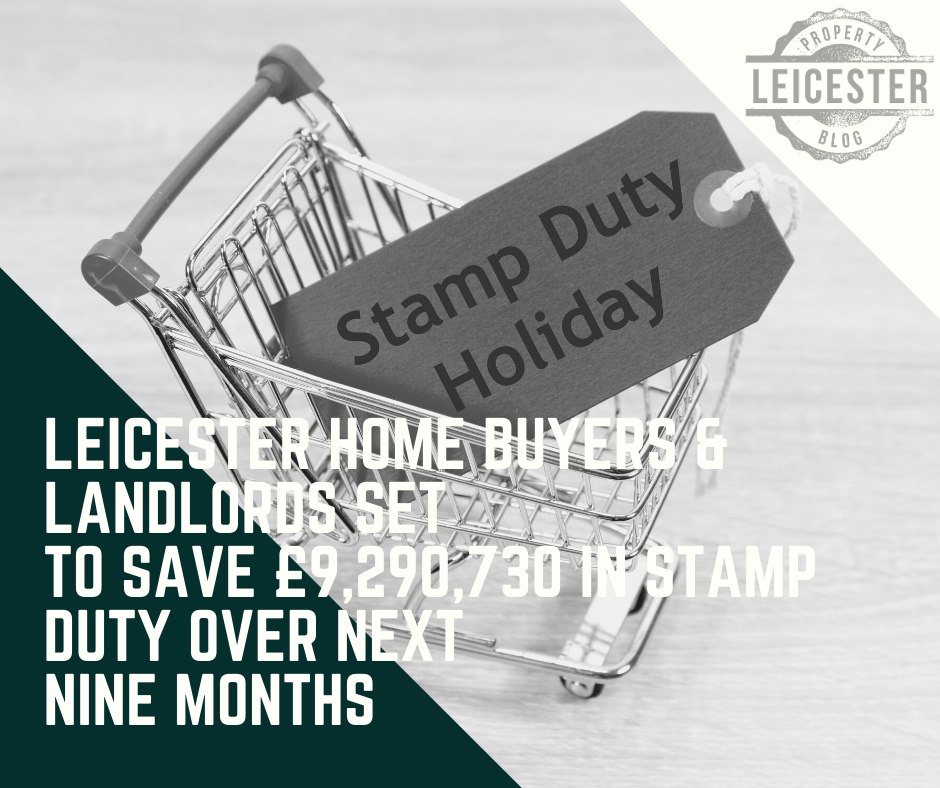 Leicester Home Buyers & Landlords Set to Save £9,290,730 in Stamp Duty Over Next Nine Months