With grocery, energy and other household prices/costs rising and hitting everyone’s back pocket, inflation (rising prices) may feel like an unimportant issue when it comes to the cost of keeping a roof over your head.

Yet nothing could be further from the truth for many Leicester homeowners and Leicester landlords.

Should inflation continue to rise, there will come a point later in the year when the BoE will need to raise it’s Base Rate from its 300-year record low of 0.1%, and probably continue to do so with a series of further increases in 2022.

could it be the end of the Leicester house price boom?

The danger of a base rate rise by the BoE on the back of a rise in inflation over the last few months has alarmed banks and building societies into increasing the mortgage rates for both home buyers and landlords.

In the last week alone, lenders have increased the rates (i.e. prices) of their mortgages, some mortgages by more than one whole percentage point. That doesn’t sound a lot, until you punch the numbers into a calculator (more of that later).

Leicester property buyers (be they landlords or homebuyers) have relished months of cut-price cheap mortgages rates.

Mortgage lenders have played the big game in the last 12/16 months to capture the mortgage business of 1 million+ Brits that have moved home since the end of Lockdown-1 plus the many millions of re-mortgages, with the cheapest mortgage rates falling below 1%.

Yet, the money markets have already priced into their calculations that the BoE will increase the base to 0.25% by December, up from the existing 0.1%. They also anticipate a further two quarter point (i.e. 0.25%) rise in the Spring of 2022, meaning they believe the base rate will be 0.75% by the end of summer 2022.

So why is this an issue for the homeowners of Leicester? Looking at the combined totals of the LE1-9 and LE19 postcode districts…

Yet, 14,978 of those Leicester homeowners with mortgages are on variable rate mortgages, with their mortgage payments rising and falling based on how the BoE interest rate shifts. That will cause instant pain if mortgage providers pass on increased mortgage repayment costs. So how much will that be?

If the base rate were to rise to 0.75%, the average Leicester homeowner (with a variable rate mortgage) would be £56 per month worse off (£670 per year).

The mortgage price war the banks and building societies have been fighting recently has resulted in falls in the month-on-month average mortgage rates available to borrowers. The economy is awash with cash looking for a home (mainly down to the Government’s and the BoE’s intervention to keep the UK economy going during lockdown). This has meant, mortgages have been available at less than 1%.

However, with reports of a potential BoE interest rate rise happening soon, those Leicester homeowners who are on a variable rate mortgage are probably going to be the first who would feel the influence of any Base Rate increase.

If the BoE Base Rate rose to 3%, the average annual mortgage payment of those Leicester homeowners on variable rate mortgages would rise by £3,091 per year.

This could mean homeowners with variable rate mortgages would be spending half their salary on their mortgage should interest rates get up to these levels.

Now the BoE won’t increase rates by that amount over night, as that would spook the market. They will probably increase every few months by a quarter of one percent each time.

Thankfully, over the last 4 or 5 years, over 90% of new mortgages have been fixed rate, yet they are only fixed for a certain length of time. If you have less than one/two years left on your mortgage, you seriously need to take advice now from a qualified mortgage broker, as any penalty to change might now be considerably smaller compared to the mortgage rates you might be paying when your deal finishes in the next 12/24 months. Again, I am not giving you advice in this article – just making a suggestion.

A further message to the 1 in 5 (ish) of Leicester homeowners on a variable rate – please take some advice from a qualified mortgage advisor as well. Mortgage rates can’t get any lower and all the signs are showing they will be going up. The mortgage market is still extremely competitive, there is opportunity for borrowers to lock in ultra-low mortgage rates before any likely Base Rate increases filter through.

Will an interest rate hike crash the Leicester
housing market like the early 1990s?

The early 1990s saw repossessions go through the roof as homeowners defaulted on their mortgage payments because of the increased mortgage rates. Also, in the run up to the Credit Crunch in 2008, Northern Rock were lending 125% of the value of the property (we all know what happened to them!). Other banks were recklessly lending 8 or 9 times a person’s income, without the person having to prove that income. Both scenarios were significant contributory factors in the housing market crash.

Thankfully in 2014, the BoE implemented the recommendations of its own Mortgage Market Review (MMR). The MMR forced banks and building societies to stress test mortgage borrowers against potential increases of the base rate of up to 3%. Thankfully, even the most hardened monetary doom-mongers aren’t contemplating base rates of those levels (although I won’t apologise for highlighting what it could cost earlier in the article).

Fundamentally, as we go into 2022, the housing market is built on decent foundations, unlike 2007 with the poor lending practices by the lenders. Yet the increase in base rates will have another influence.

The psychological factor of a perceived increase in mortgage costs, might be enough to cool the enthusiasm and excitement of many buyers to pay top dollar for their next Leicester home, and that might not be a bad thing. If I am being frank, we could do with something that takes a bit of fizz out of the Leicester housing market.

Many Leicester homeowners have been put off placing their house on the market because they are scared they won’t be able to find another home. A slight increase in Base Rates will take the frothiness out of the Leicester property market and return it to some form of normality. I would even go as far as to say house prices might ease back ever so slightly in the coming 12 to 18 months.

So don’t be alarmed if house prices in Leicester do drift slightly
over the coming years like they did in the mid 1990s.

It’s just the property market settling down and coming back into some form of equilibrium, which is good for everyone.

The mortgage lenders have already priced in the potential BoE Rate rises, so even if rates do rise, let’s not panic. And even if they did rise to 3%, that would still leave them at levels that look exceedingly cheap at any other time in history. Many homeowners in their 50’s and 60’s can remember mortgage rates of 15% in 1992, so take advice from your family. (Interestingly, the 50-year BoE Base Rate average is 7.2%).

Buying your Leicester home is a long-term venture. It is a huge financial decision that can give you peace of mind and a superb place to live.

But it is not an investment. I am not saying you should avoid homeownership, however, if you are considering buying because you think you are making a clever investment choice, think again.

The idea that your Leicester family home can be an investment too comes from the fact that, historically Leicester property prices have risen. We all have stories of someone in the family, somewhere in the UK, who bought a house for £500 many years ago, for it to be worth 300% / 500% / 1000% more today!

If you read some of my past articles on the Leicester property market, I have proven many times over, there are much better ways to invest your money e.g. buying buy-to-let properties or stocks and shares.

But if you want to bring your family up in a home that is yours, the bottom line is this. Even if interest rates rise to 3% (if not a little more), you will still be able to get on the property ladder with a small deposit (using the Government’s 5% deposit mortgages) and you will still find it’s cheaper to buy than rent.

If yo would like to chat to me about anything in this article, do drop me a line. In the meantime, please do give me your thoughts on the matters raised in the article. I would love to know.

Would You Re-mortgage Your Leicester Home to Help Your Child Onto the Property Ladder?Next Article 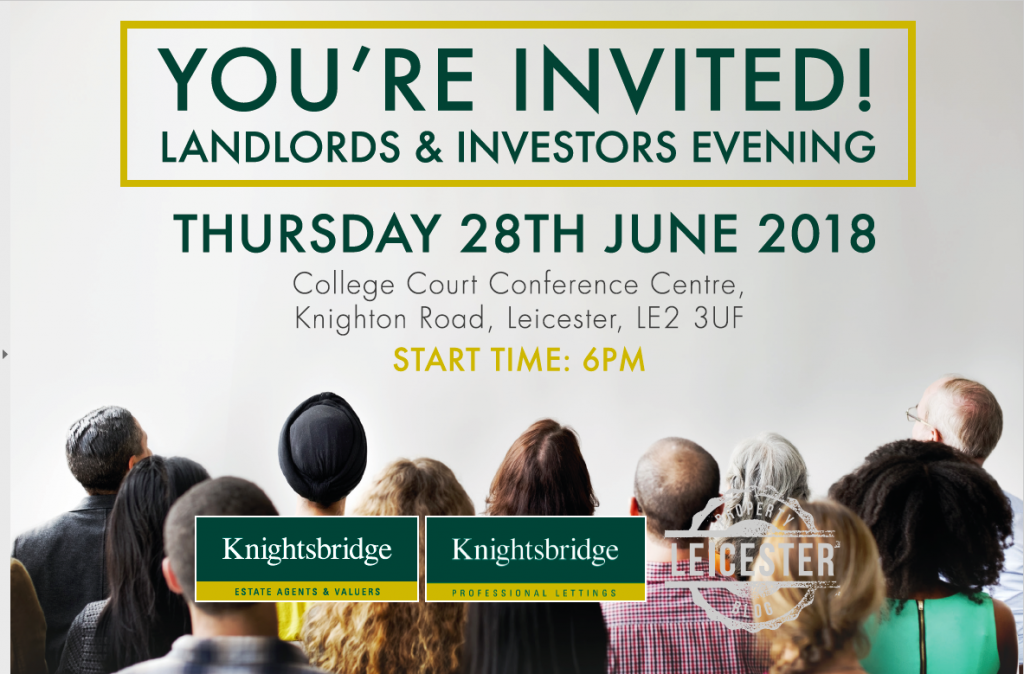