Some of you reading this will be old enough to remember the 1970s – the bell-bottom trousers, the huge collars, frayed jeans, disco glitter balls, maxi dresses, midi skirts but above everything else – HYPER-INFLATION.

With inflation currently standing at 11.1%, many of us envy the last few years when we have been lucky to experience sub 2% inflation.

But in the 1970s, the UK had proper and persistent double-digit inflation for seven of the ten years of that decade.

The inflation was caused by several things, including oil prices quadrupling in the 1973 Oil Crisis (sounds familiar, doesn’t it?), powerful unions, a high level of growth and investment in the 1950s and 60s, meaning it was easier for the British economy to experience inflationary pressures in the 1970s and the property market then was not immune to these inflationary pressures.

The existing climate of rising prices (inflation) is affecting everyone, from filling up the car with petrol to doing the weekly ‘big shop’. Looking specifically at the buy-to-let market, Leicester landlords are suffering from rising costs and prices like everyone else, including a substantial increase in labour price inflation as skill shortages have pushed up the cost of using all the trades.

Other worries include whether tenants can pay their rent with the cost-of-living crisis. Also, there is a rise in interest rates which increases landlords’ mortgage payments and professional fees, including accountants, and landlord insurance rates continue to climb.

So, is inflation all bad for Leicester landlords?

Most economists say that inflation is bad for the economy.

The absence of steady and stable prices makes consumers and businesses hold off making decisions to buy things, and when that happens, the economy stalls. Look at what happened in Germany in 1923, where you needed a carrier bag of cash to purchase a loaf of bread. Today, Zimbabwe has annual inflation of 269% a year, and Venezuela has 156% annual inflation, meaning their economies are on their uppers.

Thankfully, nobody is predicting British inflation will reach those levels.

Yet would it surprise you that inflation can be good news for landlords?

Property has grown above the rate of inflation over the last 50 years. It means that your hard-earned savings invested in property will increase in value over and above the inflation rate, which will safeguard your wealth during these periods of high inflation.

However, knowing where we are on the economic cycle makes it easy to spot when house prices are lower in the short term (in real terms), thus buying yourself long-term ‘extra’ profit.

Quite a gain (and no profit) until you look at inflation.

It appears people who bought in 2007 have made money when they have lost it in ‘real terms.

What do I mean by that? What exactly does ‘real terms’ mean?

Everyone knows that £100 today doesn’t buy what £100 could have bought you ten years ago and much less than 20 years ago …  that’s the effect of inflation.

‘Real terms’ means the price value after adjusting for inflation and expressed in constant Pound Sterling, reflecting buying power relative to another year. For example, the ‘actual’ price of a Mars bar in 2000 was 26p, yet its ‘real price’ (expressed in today’s prices) is 74p. Why 74p? Because 74p is what a Mars Bar costs today.

What price in the past has the same spending power today? So, looking at the £186,113 average price for a Leicester house in autumn 2007 (as mentioned above), one would need £310,025 today to buy the same amount of ‘retail goods and services (e.g. cars, food, Mars Bars, holidays etc.). i.e. that is what ‘real terms’ mean.

That means even without any house price falls (which many are predicting),

Firstly, let’s assume there was no inflation (like in Japan in the last couple of decades). If a landlord took out an interest-only buy-to-let loan of £200,000 10 years ago, then in 10 years, that buy-to-let mortgage, which would need to be paid off, would still have a ‘real value’ of £200,000.

Now inflation won’t be in double digits for the long term in the UK (higher interest rates and a recession will put pay to that), yet let’s say the inflation rate for the next ten years was 4% per annum.

So, if one thinks about it, inflation could be just the thing that Leicester landlords need to shrink the ‘real value of their buy-to-let mortgage. As the saying goes, every cloud has a silver lining.

On the back of double-digit percentages, growth rises in rents, and everything stated in this article, inflation could be the silver lining! 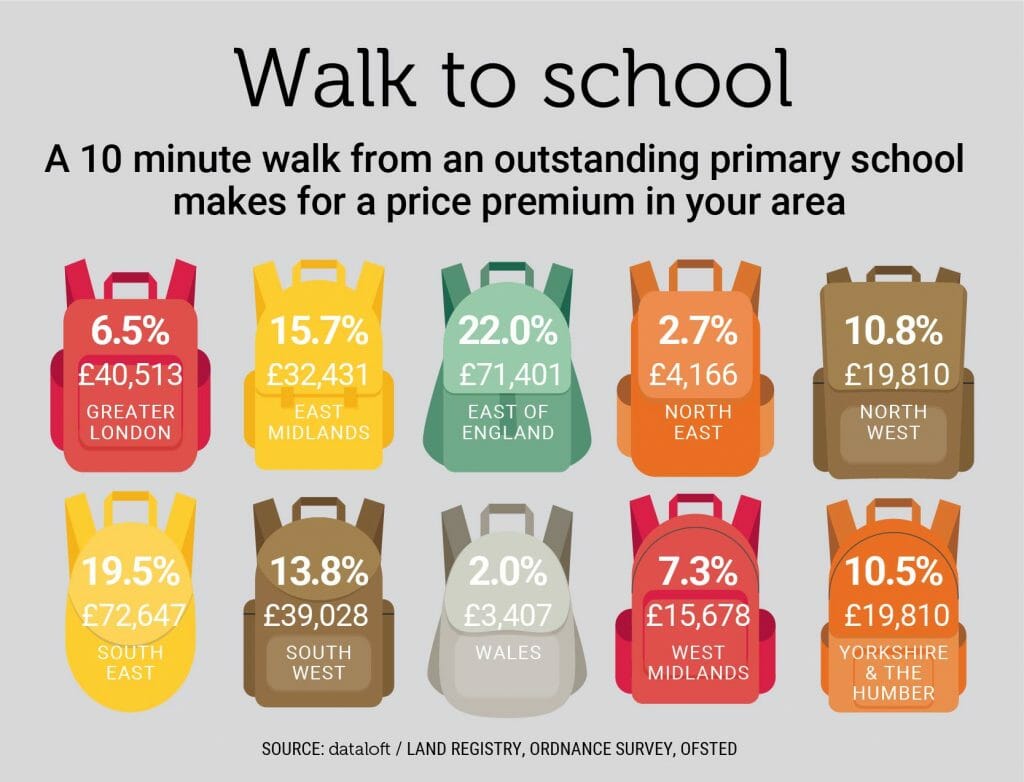